Falling in love with a hot coworker is fantacy for many people. After all, you may not be able to resist if you find the man or woman of your dreams in a sexy power suit, but what more if you find that you share the same interests?

These office romances are actually fairly common, and the reason behind it is actually quite simple. You spend eight hours a day, five days a week in the office, where you can meet tons of different people. Among all those people you work with each day, odds are you’ll find someone you can really get along with.

Amidst the hustle and bustle of daily office work, you may suddenly find yourself sneaking glances at your crush and catching how you catch their eye, too. 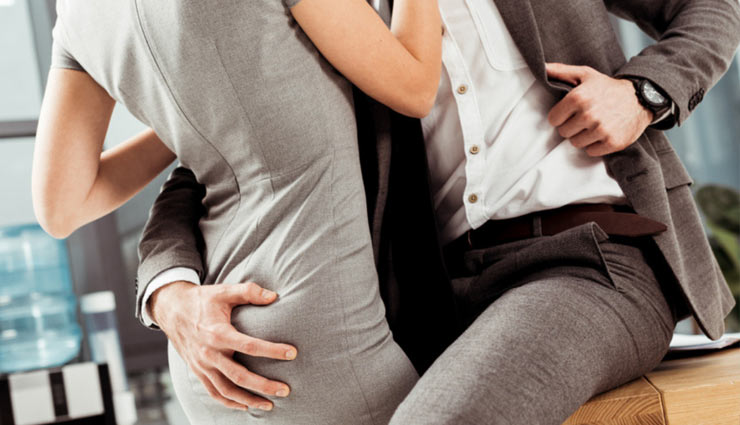 Is your workplace squeeze really worth losing your job over? Many companies would discourage an office affair for a good reason: it may get in the way of your performance.

The first thing you want to do is find out if there’s a policy explicitly stating that you should not engage in any sort of office romance, unless you’re looking to get fired. If it’s not stated that this is grounds for termination, then by all means, pursue your love interest to your heart’s content!

# Choosing who to date

Obviously, you didn’t land a job for the purpose of finding romance, but it does help to be on the lookout for someone you may be interested in. Superiors and subordinates are definitely off-limits, and dating them is very unprofessional, so avoid those.

Another consideration is finding someone who isn’t within your department or floor. Building up an attraction with someone you see very often is easy, but it’s equally easy to tire of each other immediately. Try to go up or down a floor, or choose someone from another department. Besides, when things go awry, it would be tough to avoid those awkward moments when the two of you share a cubicle together.

Just because Ted from finance or Anne from HR added in a little effort to make your life easier, does not necessarily mean they’re into you. As with all relationships in and outside the office, never assume that someone likes you until you see some obvious signs.

Outside of the office, it’s not really a big deal as they can just avoid you. But within the workplace, this can be awkward at best, or grounds for a sexual harassment suit at worst! 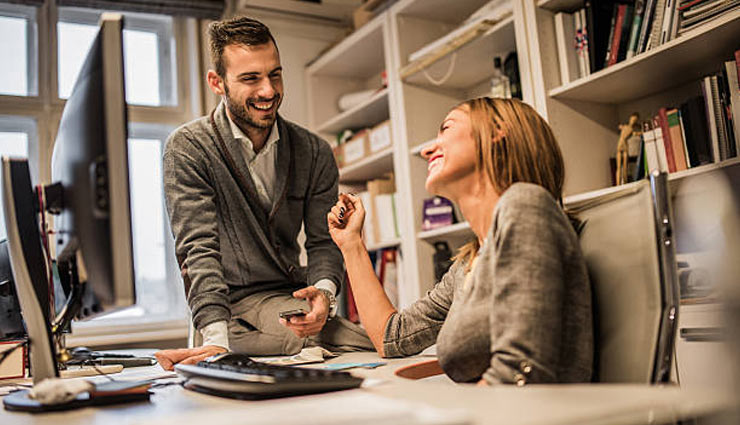 Nothing adds a little more excitement to an office flirtation than the prospect of seeing him or her outside of the workplace. When you’re all relaxed and free from the pressures of your jobs, you can finally spend some out-of-office time together without you having to ask him or her out on a date.

If your office outing includes booze, then this can be the bottled bravery you need! Just take it easy on the alcohol, though, as you may end up being dead drunk before you can even profess your undying love.

# Hide it well in the early stages, but come clean if you get caught

Even if it’s not against the rules of your company, your office romance doesn’t need to be the day’s hottest gossip. You don’t necessarily have to tell your boss if you and your coworker are just having a passing fling.

However, if you happen to get caught before you can tell your boss, there’s no use denying it. Your officemates may be put on the line, and they may have to report what they know. In cases like this, just be out with it and be honest with your boss. That’s also a huge weight off your chest as hiding every shred of evidence that you’re with someone from the office won’t be a problem anymore.

# Tell your boss if it’s getting serious

An office relationship can have some effects on your behavior and performance at work. Though these effects can be controlled, it’s still a good idea to tell your boss about it, particularly if you’ve been dating for a couple of months.

It’s also better if your boss hears it from you instead of a gossipmonger who may exaggerate the details. While you’re at it, add in some assurance that you won’t let your relationship interrupt your daily duties, and genuinely follow through on it.

9 Reasons Why You Should Not Eat Too Much Brinjal...

7 Reasons Why Eating Too Much Spinach Will Harm You...

6 Benefits That Cucumber Provides To Your Body...

8 Benefits of Bitter Gourd on...

5 Must Try Restaurants in Dubrovnik,...